In this post we discuss progress made on the 3 principal PCB boards we've been working on for our upcoming Review Units. 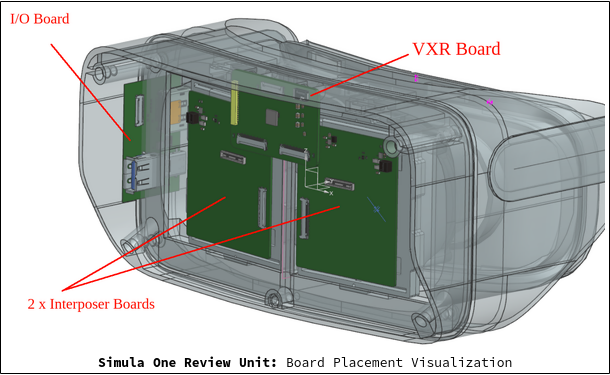 1 High-Level Overview of our Boards

Here's a high-level overview of how these boards connect with each other: 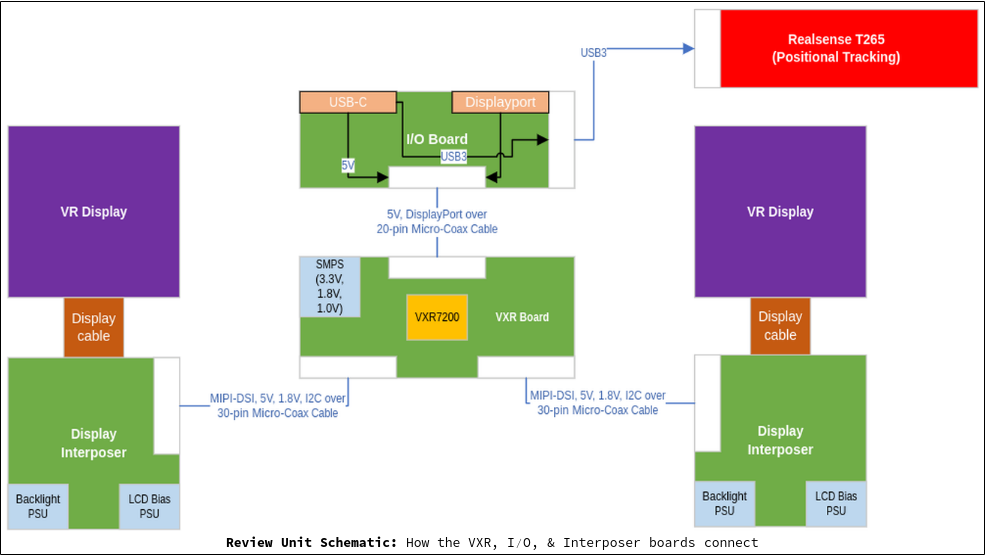 In particular, we have

We are mostly done with all of these components (details explained below); however, we are stuck waiting until at least mid June for the Micro-Coax Cables (40 Interposer cables + 20 VXR cables) which connect these boards together. We are currently looking for alternative suppliers to speed this up. Nevertheless, it's these cables which so far are the surprising bottleneck for our Review Unit release schedule.

As discussed in recent posts, we are placing a Synaptics VXR7200 between our onboard computer and our two VR displays (to convert a DisplayPort lane to two MIPI-DSI streams). 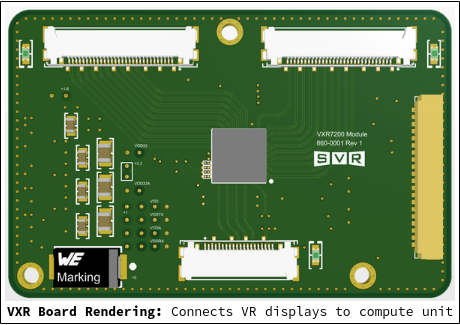 Our headset design requires interposers to mediate the connection between the VR Displays and the VXR board. This is basically because the VR displays' flex cable is horizontally inflexible. 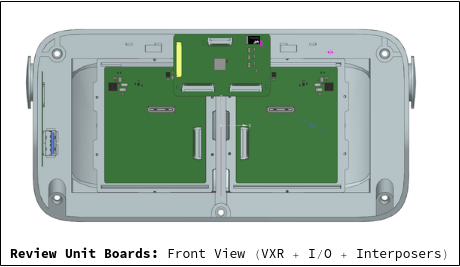 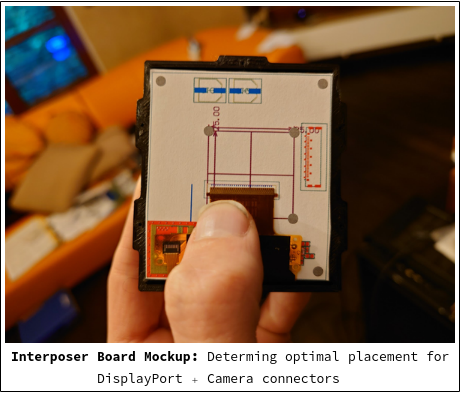 The Simula One's compute unit will not be loose, but be fitted snugly to the back of the headset (and detachable). Nevertheless, our Review Unit compute units will be wire-connected to a loose compute unit. This short-term compromise allows us to get a fully functioning headset out as fast as possible. 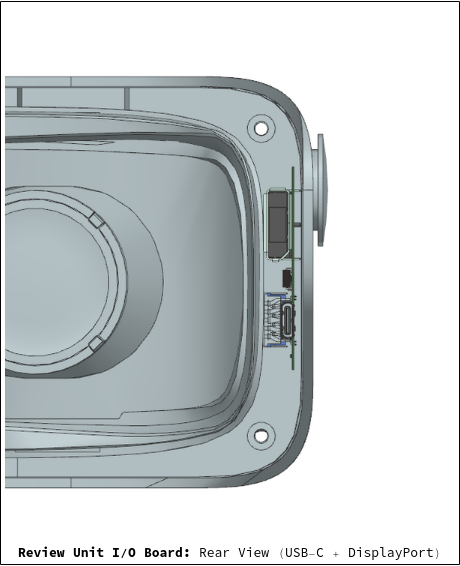 For this reason we had to make an I/O board on the side of the headset which expose USB-C & DisplayPort ports for the compute unit to wire into:

As shown in our high-level schematic, our connector board allows the Intel RealSense tracker to connect from the front of our headset to the compute unit (via USB-3). The I/O board also connects the computer to the VXR board (which connects to the interposers, which are connected to the displays).