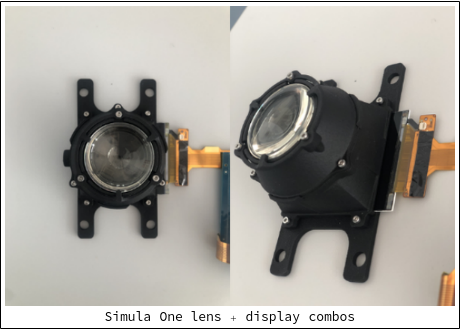 In this post, we explain how the Simula One's lens system (provided by Limbak) exploits features of the human eye, extracting more Pixels-Per-Degree (PPD) from our displays than should otherwise be possible. 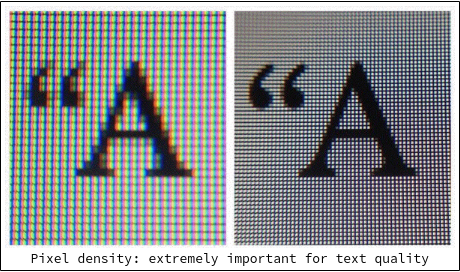 Pixel density is extremely important for VR computing, but most people assess VR pixel density by display resolution or PPI instead of PPD.

The first two metrics are relative to a display, whereas the third metric is relative to what is visible to a human eye.

1.2 Why resolution and PPI are misleading in VR

"Resolution" and "Pixels-Per-Pinch (PPI)" metrics shouldn't be used when assesing VR pixel density. This is because they don't capture what makes images in VR appear sharp to an actual human eye.

Thus neither resolution nor PPI capture the notion of "VR pixel density" very well. The fundamental problem is that these metrics are relative to a given display, but what we are actually after is a metric which is relative to the human eye's visual perception.

Pixels-Per-Degree (PPD) is the most honest metric for VR pixel density.

Thus PPD "can't be fooled", and is the primary metric which affects how clearly text and other fine details are visible in a given VR headset.

Traditionally, there are two ways to increase PPD:

Each display in the Simula One has a resolution of 2448 × 2448 and monocular FOV of 100°. Thus if we calculate our PPD naively (without taking into account optical distortions), it should be

..but we have stated elsewhere our PPD is 35.5, so how does this make sense? The answer is that this calculation doesn't take into account how our optical lenses are impacting PPD. 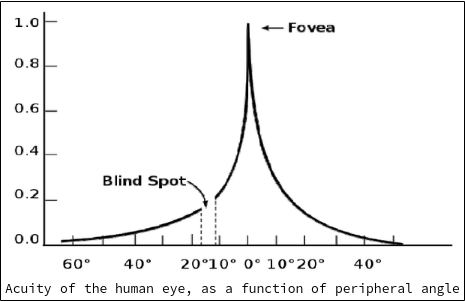 Simula's optical tech (provided by Limbak) makes use of 3 key insights about the way the human eye operates:

Using these facts, our headset's optical system is designed to "reallocate" display pixels from the outer regions of the display to the inner regions of the display. This is done continuously, and in such a way that users are unable to notice any sharp dropoffs in pixel density from the outer regions. Thus we are able to achieve a foveal 35.5 PPD, instead of our expected 24.48 PPD! 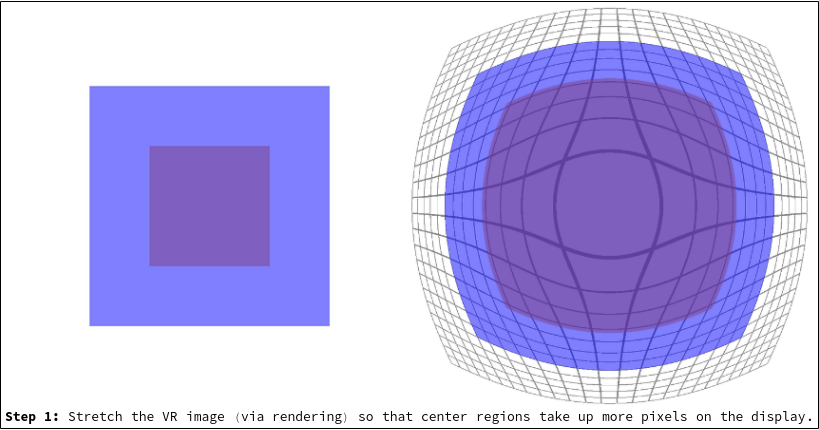 Afterwards, we correct for the stretching by contracting the image at the optics level:[1] 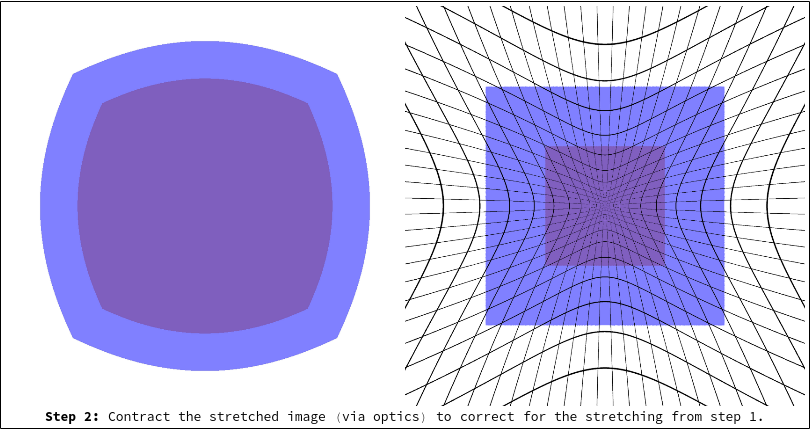 This "optical contraction" is achieved via a 3-lens optical train:

Of course, none of these distortions are visible to a user in practice, and we only show them like this to make clearer how things are working under the hood.

2.3.1 Contrasting the Simula One with the PSVR

The Simula One's display & optics pipeline can be contrasted with the PSVR, which exhibits no PPD allocation towards the center regions:

[1] If you'd like to see how we created these optical compressions/stretching, see our Wolfram notebook.