As of today, we're no longer using Kickstarter as our launch platform, and will instead be self-hosting our own pre-orders via Shopify. With the money we're saving from Kickstarter fees, we're passing on a $100 price reduction onto all of our headsets (now priced at $2,699 instead of $2,799). In addition, we'll be opening up the option for people to place $1,499 half-deposits to reserve units (off of a higher base price). Our pre-order store will be opening by the end of this weekend; as promised, we will notify early waitlisters an hour before our launch to give them a better chance at securing the early headset discount ($2,499 price; 50 units available).

We understand we've been telling everyone for weeks we're about to Kickstarter launch, and that this last minute decision makes us look a bit silly. So in this post, we explain our reasoning and the details of our new pricing scheme. 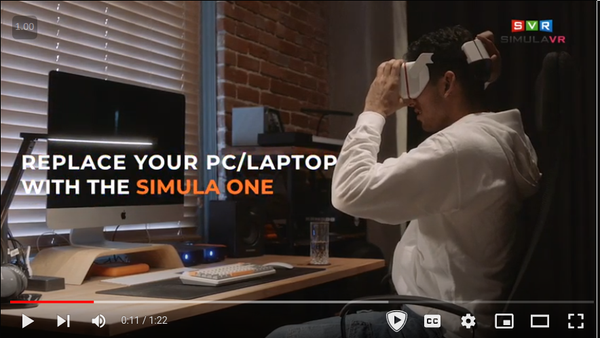 First, some transparency about our numbers. In previous posts, we have stated that our breakeven sales target is roughly 892 headsets (or $2.4M in sales, without Kickstarter fees). We currently have 4,105 email subscribers on our "weekly Simula updates" email list. A lot of people on this list are just curious about our progress/aren't necessarily interested in buying a headset from us. So a few weeks ago, we started placing a "Get Notified an Hour Before Our Campaign Launches" button at the end of every blog post. This has helped us get a better sense for the actual number of people interested in purchasing headsets from us.

We currently have 566 people on this "early Kickstarter" list, and it seems to be growing at a rate of roughly 17/day since launching. 100% of the traffic to these lists is organic, and has been mostly coming from places like Hacker News, reddit, Twitter, & VR blogs.

While these numbers are only a rough indicator of market interest, we take them as a reasonably good sign we'll be able to reach our campaign target over the course of a few months.

2 The pros of hosting our own preorders

2.1 We extend our pre-order window to be longer than 60 days

Since Kickstarter places a 60-day cap on campaign lengths, hosting our own pre-order campaign allows us to take deposits for much longer than this. This increases the chances our operation succeeds.

The money we save from hosting our own preorders allows us to pass cost-savings onto consumers.[1]

[1] To be clear: we have nothing in principle against new projects using crowdfunding platforms like Kickstarter. We also don't mind that Kickstarter charges a 5% fee for its services. The issue is just that our particular offering/campaign is high cost enough that a 5% fee reduction is substantial.

Hosting our own preorder campaign allows us to charge early backers $1,499 half-deposits to reserve headsets (requiring another $1,499 later on to receive the headset). This is a good option for backers who like our headset, but don't want to pay the full price up front (either to split up the costs over time, or because they want to wait and see us make more progress before they commit to a full purchase).

Our updated pricing scheme is as follows:

Our next email update will be a notification to our "early Kickstarter" waitlist that our launch is happening within an hour. We will have 50 standalone Simula One's available for a reduced price of $2,499. After the early discount headsets are sold, we will notify everyone else that the remaining preorders are available.