What is the Simula One?

The Simula One headset is a VRC ("VR Computer"). To us, VRCs are a new category of computing device (alongside PCs & laptops) which allow people to get stuff done.

While other VR headsets are more focused on gaming/entertainment experiences, our headset is special built for productivity. It comes pre-installed with a VR-specialized Linux distro ("SimulaOS") which allows you to run general purpose Linux Desktop applications (apps like firefox, chrome, LibreOffice, vim, etc). Simula's VRC provides specs comparable to a premium office laptop, while allowing for unlimited screens and a more immersive work experience.

This post explores how we designed the Simula One.

Did you know that mass market gaming consoles pre-date general purpose PCs? We feel something similar is going to happen with VR computing over the next few years.

When Simula was founded, most people thought that the future of VR was in gaming and entertainment. Nevertheless, we've always been more focused on VR as a platform for intelligence augmentation, office work, and programmer productivity. This is why we refer to our portable headset as the world's first Linux VR Computer (VRC), which is meant to replace PCs and laptops as our primary work vehicles. Though the Simula One can be used for gaming and entertainment, its spirit lies in its VR Desktop experience, and we wanted our headset aesthetics to reflect this.

During the early PC revolution, computing was not thought of as a vehicle for gaming, social networking, or entertainment. Early pioneers like Alan Kay viewed computing as a "tool for the mind" (or "Bicycle for the Mind", as Steve Jobs used to say), which had a bigger role in boosting human creativity than it did for providing pure entertainment. There was also a sense that computers were built for hackers and open-minded technologists, as opposed to mass market consumers. 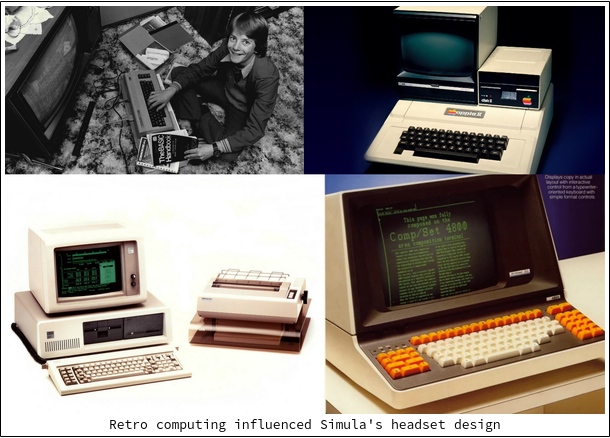 While designing our VRC, we wanted to harken back to a time when the Personal Computer was in its infancy, and the freedom of this ill-defined category allowed for more colorful and experimental designs to be brought to market.

When we first analyzed the existing VR landscape, we found it to be quite mimetic, with many shared charactertistics in form, color, and flourishes: 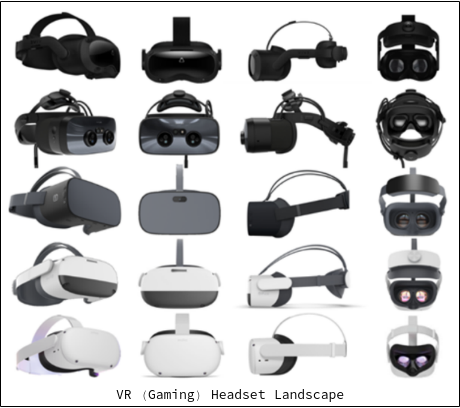 Designing a product to be timeless is challenging, especially when we want the Simula One to simultaneously stand out from other gaming headsets while also being reminiscent of retro personal computing. To help us achieve this, we curated 17 categories of trends in product design, consisting of 76 images of modern products from various industries, health, beauty, cooking, audio, etc. We then cross referenced these images with popular retro tech products (e.g. the Apple II), retro inspired modern products (e.g. the Atari VCS), and with a compendium of work from one of our favorite 20th century product designers: Dieter Rams. 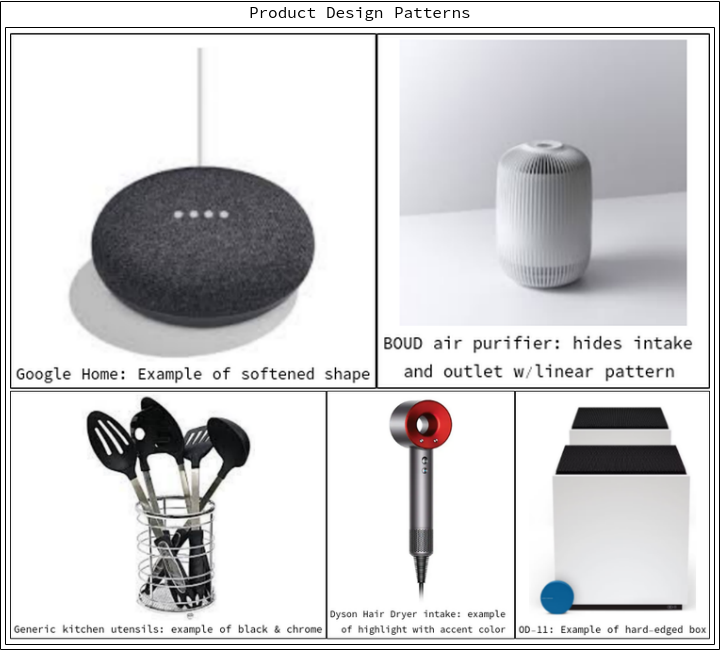 In the end we concluded that softened generic shapes and/or hard-edged boxes exhibited a "timeless" design, so long as they remain simple without unnecessary flair or detail.

In terms of color: black and some form of neutral metallic have often been a winning combination (either chrome, dark chrome, or something more satin). Specific colors often come and go in favor, but saturated bright colors used sparingly tend to come back more often. The details in fashion seem to vary greatly over time, but accenting functional features with a slim highlight of color is both typically useful and visually interesting. Linear patterns can also be functional as well (e.g. hiding exhaust/intakes), without being very distracting.

Down-selecting into our Simula One prototype

With all of our findings, we mocked up a number of ideas. We played with form, color, and a myriad of different mechanisms, from typical single point adjustment mechanisms, to implausible gas piston self-tightening monstrosities!

Afterwards, our 3-person team pieced together what we liked and disliked (reasoning that the designs we loved would be appreciated by other people as well). This resulted in our current Simula One headset exterior prototype:

We're also hoping to incorporate some more engineering intensive features into our headset, but this will require us to hit certain Kickstarter fundraising milestones to be able to afford the increased costs:

We will possibly include some of these as Kickstarter rewards. If you're interested in any of these options, let us know!

How to get a Simula One

Our Kickstarter campaign is launching this month. 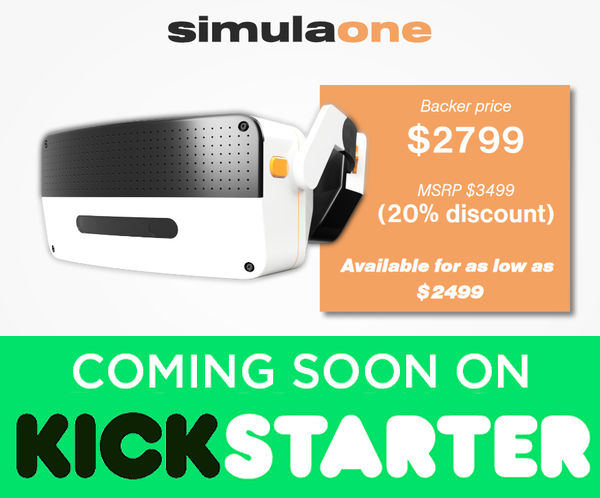 We are providing a limited number of Early Bird headsets for $2,499. To maximize your chances of getting one, you can sign up to get notified an hour before our Kickstarter launches: