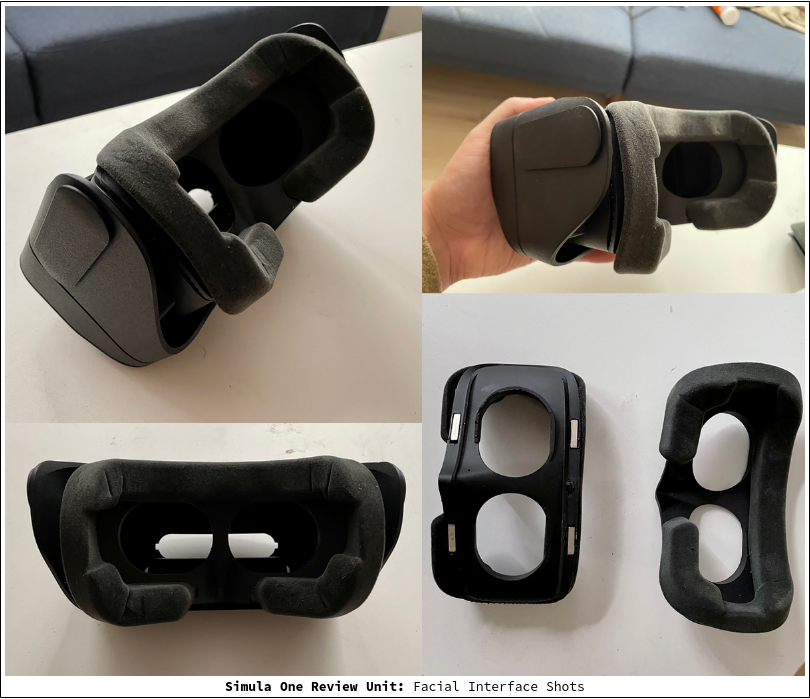 Our facial interface is supposed to be magnetically attached to our review unit (similar to e.g. the Valve Index); however in this case it is 3/4 magnetized and 1/4 glued, since we basically ran out of magnets for the headset side. As it happens, the magnets aren't pulling the interface quite close enough to the headset, so we'll need to strengthen them during our next iteration. In addition, while the fit between the interface parts is decent enough, it's still not quite perfect, and will also need some improvement during our next iteration: 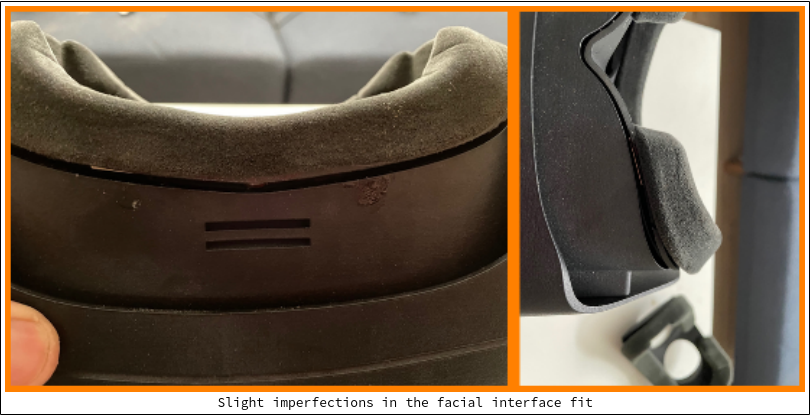 Here's a size-comparison shot comparing our headset exterior to a Valve Index: 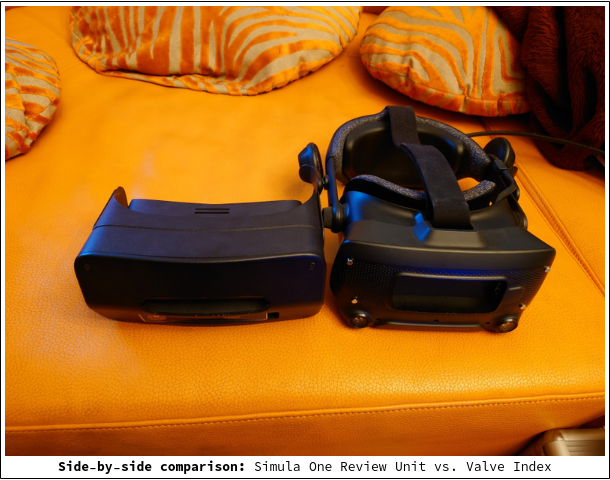 As promised during last week's update, our second iteration VXR board has arrived from our PCBA. This has allowed us to begin integration testing our boards, which so far has gone well. 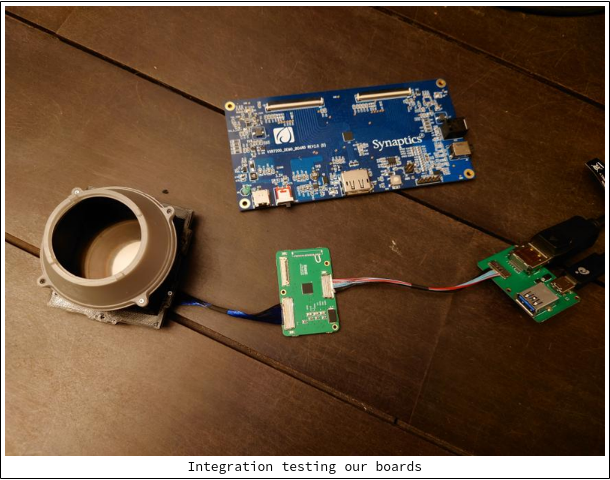 The only issue we've had was initially getting video data to transfer to the VXR: while the board's DisplayPort link training was succeeding, the actual video data wasn't transferring. The fix was to invert some lanes in the board's firmware configuration. Next week, we hope to have a fully assembled board setup to show, by which we mean: a demonstration of all of the boards linked together with Simula running on our displays.